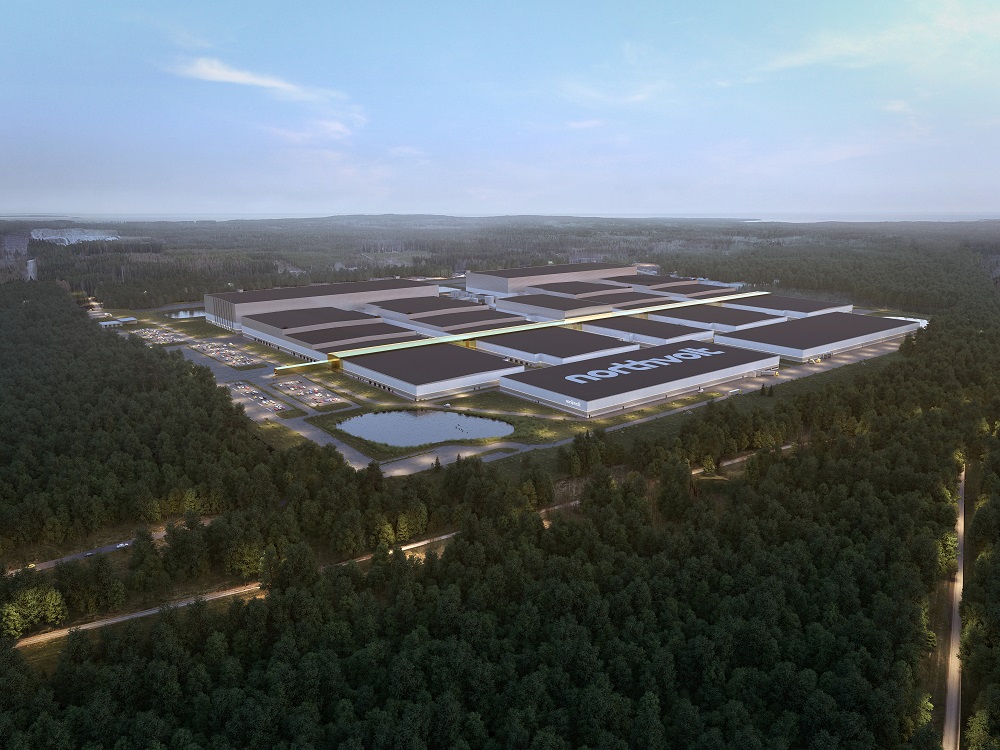 Artist render of how Northvolt Ett will look. Image: Northvolt.

Northvolt has now raised in excess of US$3.5 billion of financing towards its aim of establishing 150GWh of advanced battery manufacturing facilities in Europe by 2030.

The Sweden-headquartered startup, which is led by former Tesla executive Peter Carlsson, said today that investors including institutional investment groups and current shareholders have raised a US$600 million private placement of equity financing.

Adding to sums including US$1.6 billion of debt financing announced in July and US$1.5 billion that had already been raised by early 2019, Northvolt said in a press release that the new equity will enable investment in planned capacity expansions, expanding research and development (R&D) facilities and the establishment of “giga-scale recycling” capabilities.

The company’s first facility, Northvolt Ett, is scheduled to begin production during next year and could potentially have an annual production capacity of 40GWh, while Northvolt Zwei, in Salzgitter, Germany, is currently going through the permitting process.

Northvolt Zwei will have an initial output of 16GWh when it comes online in 2024, but the company said it will push on to target 150GWh of output by 2030, which it forecasts would be enough to satisfy 25% of Europe’s entire market for lithium-ion batteries.

At last week’s Energy Storage Virtual Summit, hosted by our publisher Solar Media, a panel discussed the financing of Northvolt Ett. Participants included Bo Normark, who is with EIT InnoEnergy, a European Union-backed innovation accelerator that is leading the continent’s European Battery Alliance for establishing an advanced battery value chain ecosystem including manufacturing.

Normark said that when he first met Peter Carlsson – shortly after the latter left Tesla – to discuss the project several years ago, he had been sceptical of the need to go ahead with building such vast facilities for Northvolt, with the company at that time simply called Swedish Gigafactory Energy.

“I said: ‘Peter, have you been out too much in the sun in California, what’s wrong with you?’ But very very quickly he convinced me… He said that Europe will need 15 to 25 of these factories.”

The company’s off takers will include Volkswagen, which is among current shareholders that participated in the equity raise and Northvolt is also targeting supplying a percentage of its large-format lithium battery cells to the stationary energy storage industry. The company has already supplied some commercial and industrial (C&I) storage systems assembled at its pilot production facilities.

The company wants 50% of its raw materials used to ultimately come from recycled batteries. It is establishing its so-called giga-scale recycling facility, with an initial capacity of 4GWh, directly next to Northvolt Ett, in Skellefteå, northern Sweden. Northvolt claims the recycling plant will be the only one in Europe that will be able to recycle or repurpose lithium from batteries, as well as cobalt, nickel, manganese and other metals used.

“We are in the middle of a race to establish manufacturing capacity in Europe, and I believe the companies that are best at attracting talent and capital, while scaling their blueprints the fastest, will be the most successful,” CEO and founder Peter Carlsson said.

“With these world-class partners behind us, we have created a solid foundation to go on and execute our plans to enable large-scale manufacturing of green batteries in Europe.”