The battery industry is at risk of falling into the trap of becoming too dependent on a single ingredient, and failure to diversify and address the issue now will hinder the energy transition in the long run, writes Michael Burz, CEO, founder and president of Enzinc.

A glance at any energy analyst’s predictions shows demand for batteries is strong and only getting stronger as the energy and transportation industries embrace decarbonisation. And while the industry may feel well established to those who have been working in it for the past decade, it’s still relatively early days when it comes to influencing the mix of batteries deployed.

The battery industry can derisk this coming wave of demand by ensuring that it meets the needs with a diversity of technologies.

The energy storage industry only needs to look as far as the solar industry to see why it’s unwise to tie a fast-growing industry to a single input or region. More than half of the key ingredient for solar panels, polysilicon, comes from one province of China.

Not only has it meant that the country producing it, China, is getting first dibs on the volume produced, but also it opened the rest of the industry to political risk as evidence of human rights abuses in China’s Xinjiang Province mount and supply chain risk as trade tensions wax and wane.

Even in established industries, lack of diversification harms markets. The recent disruption to global fossil fuel markets has reminded governments and consumers alike of the power wielded by OPEC members, which control 60% of all petroleum exports. It’s a lesson gasoline-powered car drivers have revisited many times since the 1970s oil shortages.

While the industry’s nascent, it doesn’t seem problematic. However, as the industry matures, today’s concentration will seem shortsighted. Why? Because the rapidly rising demand for batteries means growth may be stymied by a lack of supply of lithium globally if we don’t diversify now.

Building a bottleneck in plain sight

In its recent “Electric Vehicle Outlook 2022” executive summary, BloombergNEF estimated the total demand for lithium in 2030 will be up 259% from current demand. But growth of mining is lagging the growth of processing equipment. “Companies have invested in the chemical convertors that produce carbonate and hydroxide, while ignoring upstream raw material extraction. This has led to a squeeze in the upstream market driving lithium prices up over the last 18 months.” There are, of course, plans to ramp up lithium supply.

Today, the world’s largest lithium reserves are in Bolivia, Argentina, Chile and Australia, with Australia leading production. There are plans to build the extraction industry in a number of countries, including the United States where a billion-dollar plant is expected to come online in 2024. When it comes to developing new supply, however, there’s been a history of delays and changed plans, with past plants shelved when lithium prices dipped.

Matching battery chemistry to its highest and best use

All batteries are not created equal. They vary not only by energy density of the underlying chemistry, but by what’s added to them. Most of what’s added is to deal with a problem.

For example, flow batteries add mechanical systems to deal with degradation of the materials over time.

Similarly, lithium batteries add protective armor and active thermal management systems to counter the inherent fire danger of the chemistry. Those added systems add weight, cost, and complexity. They force us to compare battery systems, not just cells, when we look at performance.

Different use cases have different requirements. There are only a few use cases where the superior energy density of lithium is worth the weight of the additional armor and thermal management systems.

A high-performance, long-range automobile, for example, requires as much power in as little space as possible. However stationary batteries, such as those at a solar or wind farm, have less need for compactness. Reliability, duration, and cost are key.

So why would you use potentially scarce lithium for use cases that don’t demand them when there are less energy dense batteries that can meet the same need? For many use cases, there are excellent alternatives.

Powerful new zinc batteries, such as the one we are developing at Enzinc, are ideal for mobility ranging from ebikes to three-wheeled rickshaws to delivery vehicles.

For stationary storage, zinc batteries along with other chemistries including long-duration iron flow batteries may be a better fit than lithium-based batteries.

Lithium is dominant in part because lithium-ion batteries are more available. Only lead-acid comes close in terms of supply, though it is not competitive as its performance isn’t close to lithium’s.

One of the challenges to diversifying supply is that almost all of the largest and best-funded battery suppliers are focused on a single technology, lithium.

They built their expertise on battery-powered consumer electronics from phones to e-cigarettes, and simply scaled the product. Though more agile, the companies focused on iron, vanadium, zinc, sulfur and other battery chemistries are generally younger, less well-funded and have little influence in the market.

Lithium-ion’s first mover advantage in the powerful-and-rechargeable battery space means it is well in the lead in terms of influencing policy, incentives, key customers, and consumer awareness. Failure to raise the voice and awareness of a range of battery technologies, however, will lead to a concentration of battery chemistry that will be harmful for the whole industry.

The beginning of diversification

The good news is that the last couple of years has seen a rise in awareness of alternate battery chemistries, though they’re yet to make much of a dent in volume.

Solar and wind developers have been open to trying chemistries such as vanadium flow, and home energy storage companies have largely moved to safer lithium iron phosphate (LFP) batteries.

BloombergNEF’s report shows diversification is also beginning in the mobility sector, though it’s mainly within the lithium-based battery offerings. The key driver is concerns about cobalt coming from Democratic Republic of Congo where the use of child labour are well-documented, though a twitter-feed full of EV fires may have also taken its toll.

BNEF said automakers have “significantly grown” their commitment to LFP-based chemistries, including variations such as LMFP (lithium iron manganese phosphate), “where the addition of manganese will further improve energy density.” Although they have challenges when it comes to useful temperature range and recycling, BNEF expects these lithium variations to account for 42% of EV battery demand by 2023.

Why? Because lithium’s coming supply constraints mean that the entire industry—and the planet we are fighting for—will suffer if lithium is so dominant that it becomes a choke point.

Matching chemistries to their highest and best use case ultimately will benefit the entire industry. It will ease pressure on the lithium extraction industry, ensure the available lithium battery supply benefits the most critical use cases, and enable electrification of mobility and resilience of the grid to flourish. All battery companies benefit when all battery chemistries flourish.

Michael Burz is founder, president and CEO of Enzinc, a US company commercialising a reachargeable zinc-based battery with a unique ‘microsponge’ electrode structure, aimed at markets including electric vehicles, stationary energy storage and “anything currently powered by a plug or a battery”. 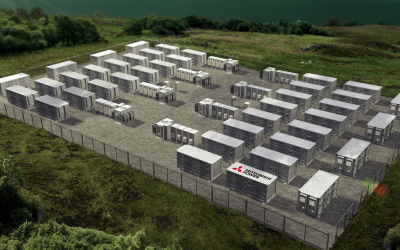