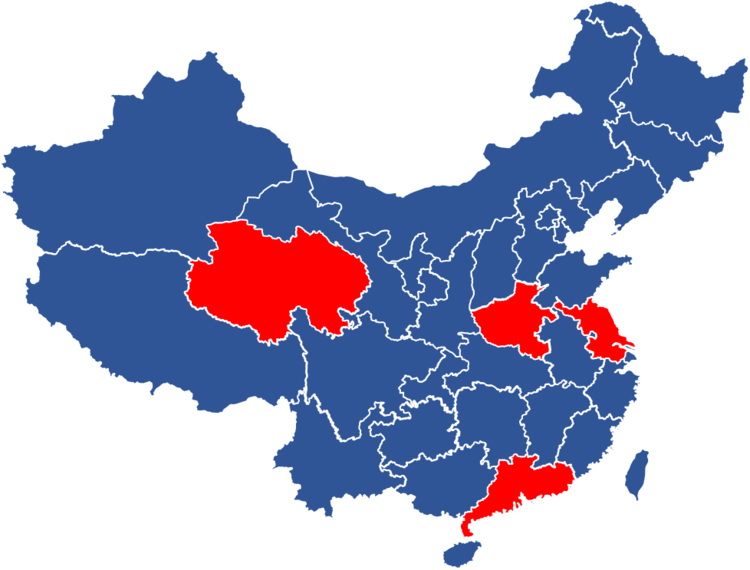 Four provinces of China were responsible for 340.5MW of new capacity announcements in the first half of 2018, CNESA found. Image: CNESA.

There are very different drivers for deploying energy storage in the four provinces of China that announced significant capacities of projects this year, the China Energy Storage Alliance (CNESA) has said.

Energy-Storage.news reported on Friday that four provinces of China had between them 340.5MW of new energy storage facilities already completed or in development, which according to CNESA is not far from the total cumulative capacity of energy storage already deployed as of the beginning of 2017 (389.4MW).

In addition to identifying some of the big players and new market contenders responsible for this pipeline, CNESA has also highlighted the diverse main drivers behind the bulk of those installations in Jiangsu, Henan, Qinghai and Guangdong provinces.

“Supply-side structure reforms” in Jiangsu have meant the retirement of some 33MW of thermal generation in 2017, leaving some areas with significant power shortages, CNESA said. Peak load management in summer months has been a particularly acute problem, with the eastern region of Jiangsu suffering “unprecedented peak load pressure”.

This called for a unified approach and State Grid Jiangsu Energy Service Co, Xuxu Group, Shandong Electric decided to come together to construct energy storage projects both behind and in-front-of-the-meter in eastern Zhenjiang in May 2018. Batteries were considered a solution that could be easily and quickly deployed and the projects included an eight-site, 101MW / 202MWh lithium-ion phosphate front-of-meter cluster of systems and almost 500MWh of behind-the-meter lead carbon battery systems provided by Narada Power.

Henan, a central province and the fifth largest thermal generator of power, adopted new policies to begin the adaptation to renewables in 2017. As well as calling for greater promotion of wind and solar, Henan is opening up markets for ancillary services, encouraging grid investment and put in work to start developing a national electricity spot market.

This included the start of work on the province’s first grid-scale battery storage project, which is sited across 16 substations and nine regions of Henan, charging at off-peak times to alleviate peak pressure, smoothing variable solar and wind production and increasing grid efficiency. The province has already issued 90MW / 90MWh of requests for bids.

In Qinghai Province, the rapid addition of solar and wind capacity is being combined with new and existing hydropower. Solar is now the second biggest generation source in Qinghai after hydroelectric and one company, Huanghe Hydropower, connected a 1000MW hybrid wind-solar- hydro plant to the grid this summer. It includes 20MW / 16.7MWh of energy storage. Huanghe Hydropower has also issued calls for bids to provide 45MW / 90MWh and 10MW / 20MWh of battery capacity to support new wind power capacity. According to CNESA, these bids call for a range of storage technologies including lithium-ion variants and flow batteries.

Finally, while Shanxi Province is the national leader for pairing thermal generation with energy storage, having begun work on three thermal power plants which will also provide frequency regulation, the province of Guangdong is also looking to the combination of old and new technology. The storage portion of Shanxi’s thermal-plus-storage projects added up to 9MW / 4.5MWh of capacity, while the largest thermal storage plant with energy storage in China so far is a 18MW / 9MWh frequency regulation project in Inner Mongolia by EPC CLOU. Following the start of experimentation with reforms, including to ancillary services markets, by China Southern Grid, Guangdong has now announced four thermal generation projects with energy storage totalling 57MW / 28.5MWh, making it the fourth Chinese province to host such projects.

CNESA said it was encouraging to see some diversity of technologies deployed as well as the market signal that two provinces deployed or announced new grid storage capacity in excess of 100MW during the first half of the year.

“Although market mechanisms are still taking shape and the full value of energy storage applications have not yet been recognized, enthusiasm from grid companies is a positive signal providing energy storage companies with confidence,” CNESA said.

“At the same time, these projects also provide a variety of real-life data for market regulation policymakers, providing support for the growth of the energy storage market across the country.”