Can commercial & industrial applications drive the growth of battery storage in Germany? 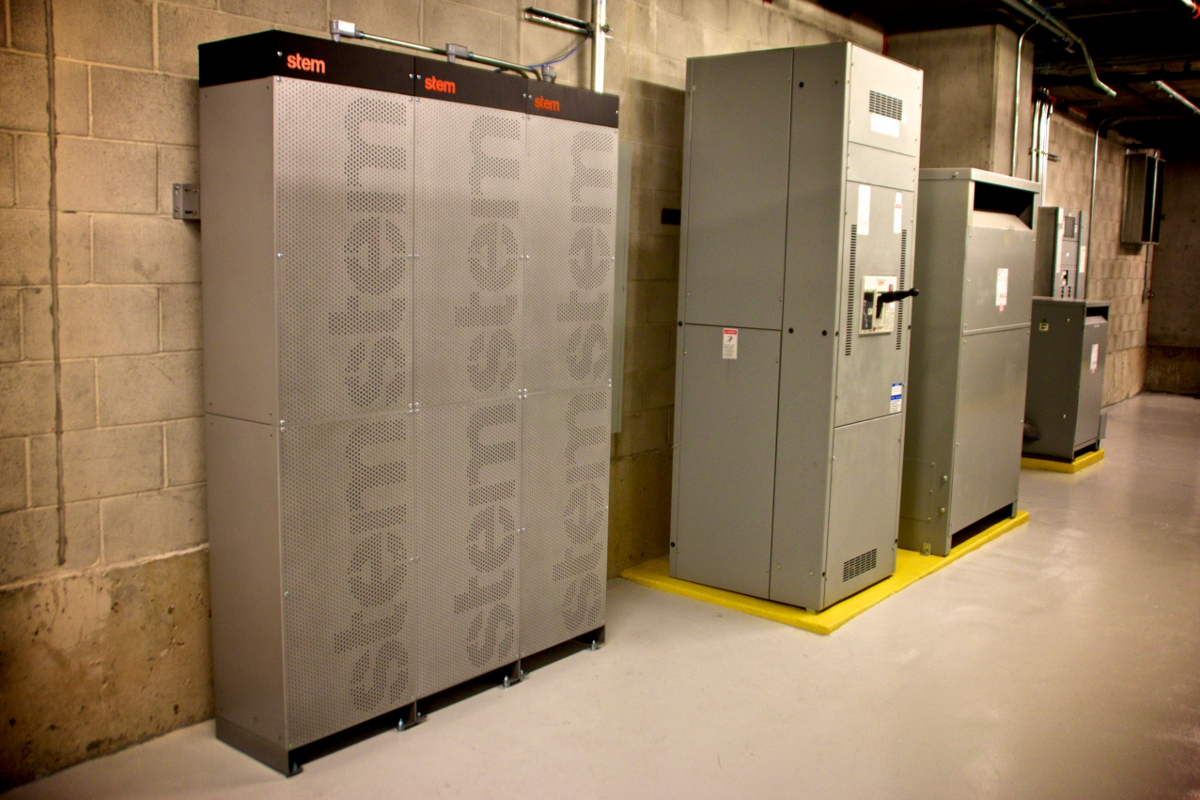 In the US, commercial storage to shave peaks and provide utility services from the likes of Stem and Green Charge is already growing in popularity. Image: Stem Inc.

To date, Primary Control Reserve (PCR) has dominated the energy storage debate in Germany with more than 100MW of battery storage installed in 2016 alone specifically for participating in the PCR market. At the same time, with close to 25,000 systems sold in 2016, residential storage has been stealing the limelight in the behind-the-meter segment.

The question we have asked ourselves is whether the behind-the-meter commercial and industrial segment will continue to be stuck in third gear or if it will accelerate ahead. To give the short answer, the market is in its infancy today but we expect significant growth, with commercial and industrial deployment shaping the distributed energy storage market within the next five years.

How we see the C&I energy storage market developing

In Germany, we expect growth in the larger commercial and industrial segments to be driven by peak shaving to reduce individual network charges. Especially as these charges are growing over the coming years, the case for energy storage will continuously get stronger.

In contrast to markets such as the UK where frequency regulation services are increasingly being targeted with aggregated behind-the-meter systems, the potential to do so in Germany is slim. Not only are revenues from PCR under pressure, but the regulatory and pre-qualification requirements also stand in the way of effectively stacking these values.

We also, however, expect significant short term growth in the smaller segment (<250 kWh capacity systems). Here a mix of drivers including self-consumption, back-up requirements, and to an extent longer-term / environmental thinking, will create a market reaching installations exceeding 10MW p.a. in the next 3 years. 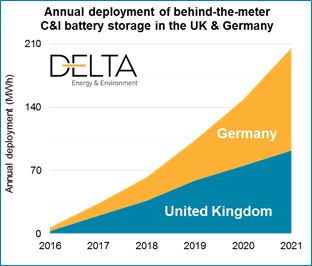 What is holding back the market?

Except for the common issue of high upfront investment, we still see regulation as the major issue in Germany – similar to other major European markets.

Major regulatory barriers for behind-the-meter energy storage stem from the lack of definition and specification within energy laws and grid codes. The definition as a final consumer of electricity means that in most cases all respective taxes and levies have to be paid for every kWh of energy charged and discharged retrospectively eradicating the financial case.

However, the good news is that industry organisations are strongly lobbying for better inclusion of energy storage within regulatory texts. They especially target the discrimination of mixed business models (i.e. self-consumption of on-site generation and use of grid electricity for charging), as here systems could be required to pay the EEG surcharge.

While overall many things are heading in the right direction for energy storage systems and the way grid flexibility is rewarded in Germany, few major changes are expected in 2017 due to the upcoming general election. However, post-election we expect positive signals from the regulatory side towards 2020. At the same time, big utilities are getting involved in the behind-the-meter C&I market exploiting their existing customer relationships targeting peak shaving / shifting to limit the impact of rising individual network charges.

Therefore, while we expect a slower start throughout 2017 and 2018, we are optimistic that over the next five years behind-the-meter commercial and industrial applications will play a pivotal role in driving distributed energy storage exceeding 100MW of annual deployment by 2021.

If you're interested to know more on this topic and to discuss Delta-ee's activities, please get in touch.