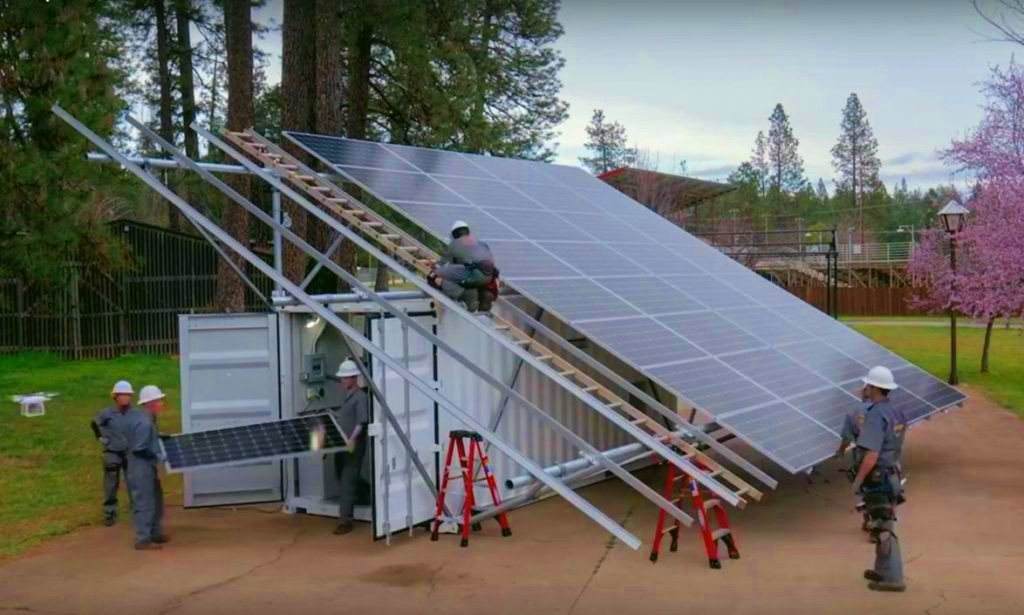 PG&E has said that shutting off power to remote but grid-connected areas of California could go on for another decade. The company is currently facing the prospect of significant financial liability for some wildfires, while SCE has just reached a US$360 million settlement with cities and counties impacted by three fires and a mudflow.

Going forwards, its been widely reported that shut-offs have already occurred, lasting for days at a time in some cases and by now affecting well over a million people in the state. Numerous providers of energy storage and solar equipment have stepped forward to claim that better distributed energy solutions could help homeowners and businesses in affected areas.

One of those companies, SimpliPhi, is known for having emerged from the off-grid sector (setting up power solutions for Hollywood filming locations, in fact) and touts the safety of its lithium iron phosphate systems at various scales from residential to commercial.

“Shutting off power is tragically touted as the primary solution to avoiding fires. Yet fires started and spread despite the shutoffs, including the Maria fire in Ventura County, started when a shutoff transmission line was re-energised,” Von Burg said in a statement.

Catherine Von Burg believes that California’s energy laws are antiquated, as are its regulations and infrastructure, an irony for the state often considered the nation’s leader in solar and now storage, as well as the home state to Silicon Valley’s entrepreneurs and tech wizards.

“These draconian shutoffs, which PG&E says could last a decade, don’t even begin to address the innovation, decentralization and reform we need to protect our lives, communities and economy, and to achieve the state’s goal of 100% clean energy by 2045. We need to update our entire system of laws, incentives and regulations to provide real long-term safety and prosperity,” Von Burg said.

There has been some immediate response from the state, including an emergency revision to the California Self-Generation Incentive Programme (SGIP), which incentivises solar equipment purchases. The SimpliPhi CEO believes that utilities should be required to embrace renewable energy as well as “distributed, customer-sited energy generation and storage,” and that such systems can “protect Californians from the catastrophic damages we’ve seen,” adding that the systems will “more than pay for themselves.”

Suitable systems for the job

However, it’s worth considering what type of systems those Californians will want to deploy in their households. Typically, energy storage systems sold to households are not done so in the expectation of backing up large loads, or even for being off-grid for an extended period of time.

Greg Smith, technical training manager with Sonnen, recently posted a note on LinkedIn that said one of the lessons learned already post-PG&E shut-off was that customers should not be sold “undersized PV/Storage systems”.

Smith said that his golden rule is to “size the system to the loads, not to the homeowner’s budget”.

“I have had numerous conversations with installers who have irate homeowners with no power during the blackouts because their system was so undersized,” Smith wrote.

“Solar + storage is going to start really booming here in CA because of these outages and people are looking to us to help them. Generators are only good if they have enough fuel to run AND the gas stations are open during the power outage.”

In addition to the likes of Sonnen, Enphase, Sunrun and Vivint (which has created a solar-plus-storagePPA specifically for California), several startups and relatively new names – at least internationally so – have come forward to tout the solutions to market in affected areas: