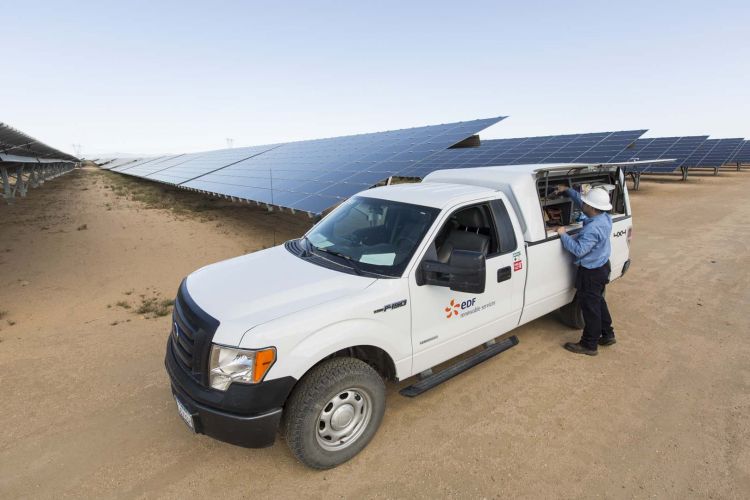 A community choice energy provider run by the San Francisco Public Utilities Commission in California has signed contracts for battery storage with EDF Renewables and NextEra Energy totalling 260MWh, to be deployed in combination with solar PV.

San Francisco Public Utilities Commission is the provider of water to the City of San Francisco and other parts of the Bay Area in California but also provides hydroelectric and solar energy in the Hetch Hetchy Valley of the famous Yosemite National Park – as well as providing power to San Francisco homes and businesses through its community choice programme, CleanPowerSF.

Community choice utilities providers, active in a handful of US states, are non-profit entities that enable customers to choose where their power comes from and through which sources, while still being able to rely on large investor-owned utilities’ infrastructure to transmit and distribute that power. The groups have been active in the past year or so in inking contracts for clean solar PV coupled with battery storage that makes the power dispatchable and reliable, nowhere more so than in California.

EDF Renewables, itself a subsidiary of France-headquartered utility major EDF Group, has done around 16GW of renewables projects in North American markets and looks after another 11GW under service contracts. The company claims the 200MWh project award from CleanPowerSF brings its battery storage portfolio to be constructed in the US by 2023 to 1.5GWh. Also contributing a significant chunk of capacity to that pipeline is a 200MW solar PV project in Nevada which will utilise 180MW / 720MWh of battery storage.

EDF’s contract is for the addition of batteries to Maverick 6 Solar Project, which EDF Renewables expects to bring online in December 2021, following the signing of a 20-year power purchase agreement (PPA) with CleanPowerSF in December of last year. The 100MW / 200MWh solar-plus-storage plant, on a US Bureau of Land Managed-owned plot in California’s Riverside County, will create between 150 and 200 full-time jobs for its construction and subsequent operation.

EDF said in a press release that the batteries will mean solar generated during daytime hours can be dispatched later in the day when production begins to tail off and demand conversely goes up. The company also said that the storage can help smooth electricity prices from spiking, help manage evening demand for energy on the grid to ramp up, mitigate the need to curtail renewable energy production and help stabilise the grid.

“EDF Renewables is pleased to partner again with CleanPowerSF to expand upon our solar PPA to include battery storage at Maverick 6. Battery storage is increasingly becoming essential to enable further deployment of renewables as well as to provide grid stability,” EDF Renewables VP for origination and power marketing, Dai Owen, said.

NextEra Resources meanwhile, which recently announced that it could build out as much as 2,700MW of battery storage in California by 2024, will execute the 20MW / 60MWh solar-plus-storage project Crow Creek Energy Centre for CleanPowerSF.

Crow Creek couple create 40 to 60 jobs during construction, while NextEra Resources has committed to providing US$100,000 of benefits to the local community during the first five years of the contract. Contract length was not disclosed by the community choice group in its press release but is thought to also be a long-term PPA.

“At a time when the state is experiencing rolling blackouts and other power uncertainties, ensuring grid reliability for our customers is paramount for the agency. Through the approval of these new contracts, we are taking an important step to ensure we continue providing clean, safe, and affordable energy to our customers no matter the time of day,” San Francisco Public Utilities Commission general manager Harlan L. Kelly Jr said.