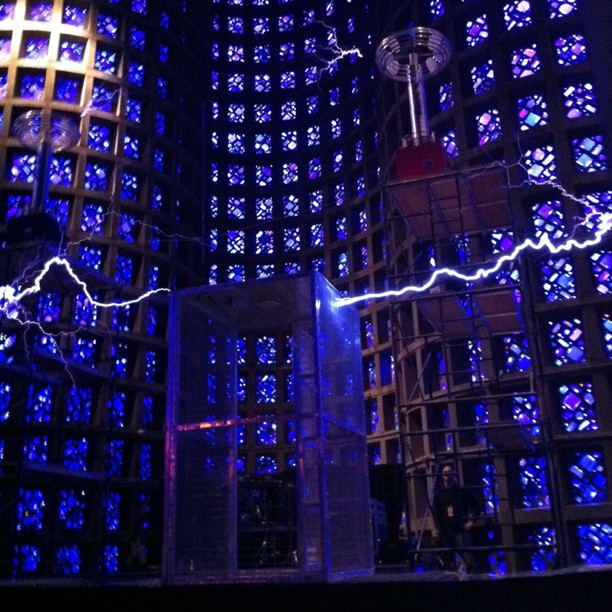 After a difficult period following 8 June's election results, when they were handed a much-less convincing 'victory' than expected, the UK's Conservative government got some positive headlines last week, as business secretary Greg Clark announced plans to invest in battery technology and introduce smart technology into the country’s energy system.

Addressing an audience in Birmingham, the business secretary said that the £246 million (US$320 million) Faraday Challenge would make Britain the “go-to place” in the world for battery storage. Meanwhile, the long-awaited flexibility plan published on the same day was designed to show a “determined, joined-up, far-sighted and deliberate approach from government”.

It all sounds so exciting. But is this a fair appraisal of the current market outlook for battery storage? The industry reaction seemed positive, but the delays created by the general election means there’s a temptation to celebrate any announcement on policy development. It is therefore worth exploring how Clark’s rhetorical ambitions stack up against reality.

The Faraday Challenge in depth

The commitment to invest £246 million over the coming parliament in battery technology did not come as a surprise. Back in April, the government Department for Business, Energy and Industrial Strategy (BEIS) had hurriedly issued a press release announcing the funding, squeezed out the day before pre-election purdah (media blackout) commenced. Did the re-announcement tell us anything new?

Whilst the original press release referred to clean and flexible energy, the Faraday Challenge will now primarily focus on battery development in electric vehicles. Wider applications for the grid, and other sectors such as rail and marine, are described as “spill over” benefits.  This decision follows recommendations issued by the government's chief scientific advisor Sir Mark Walport, who was asked to review the case for a new research institution.

If you read Sir Mark’s response, you gain a sense of the rationale underpinning this decision. Half of all vehicles production in 2030 are expected to require battery technology, yet cost and reliability remain key barriers to mass adoption. Targeting the automotive transition will also help provide focus to a ‘programme of programmes’ that will be delivered across several universities, Sir Mark argued, whilst improving the ‘stickiness’ of the automotive sector to the UK, which remains a principle concern in the wider context of Brexit.

Interestingly, Sir Mark does not provide a clear recommendation for the location of the new battery centre. He reveals that Oxford University were the early-initiators, submitting a proposal for a ‘Faraday Institute’ to Downing Street several months ago. But rather than endorse a single university, Sir Mark is suggesting that the government draw on expertise from across various research institutions. The government has adopted his advice, making £40 million available to establish a “virtual battery storage institute” run by a consortium of universities.

Many commentators have been quick to point out that the UK is years behind Japan and South Korea (or even California) when it comes to manufacturing. But the Faraday Challenge offers a meaningful starting point for maximising the UK’s existing world class expertise across battery science. The potential reach of storage is vast, and the objective to corner a British slice of the global market is eminently sensible. However, the timeframes for R&D mean that much won’t be realised in the market for several years or even decades – offering little solace for storage developers right now.

Whilst the Faraday Challenge has a long time-horizon, does the Flexibility Plan offer better immediate news? The joint Smart Systems and Flexibility Plan jointly issued by regulator Ofgem and BEIS had a long incubation period, acting as the response to an original Call for Evidence in November.

As with the first plan, this document extols the virtues of flexibility technologies – helping to empower consumers, meet peak demand, allow greater renewables penetration and reducing the need to costly network updates. The press release focuses on the potential cost savings – a headline grabbing £40bn by 2050. But this is another microwave job from the BEIS media office. The report from Imperial College and Carbon Trust is nearly a year old, having been published alongside the initial call for evidence back in November.

What meaningful announcements are included? The document outlines 29 actions that will be taken forward by Ofgem and BEIS. Examples include putting in restrictions on network operators from owning storage, and changing the levies so that storage assets do not pay twice. It’s tempting to buy-in to the government hype, but the industry may have to wait longer than expected. Ofgem’s Andy Burgess has already said he expects that the majority of changes announced will be in place by 2019 at the earliest.

Meanwhile, promises to introduce primary legislation to define storage assets should be treated with caution. The realities of governing under a minority administration, and the dominant backdrop of Brexit – Britain's planned exit from the EU – means it is unlikely we will see a Bill come forward for several years. Again, this offers little comfort for those seeking to get projects off the ground this year.

The plan must also be viewed in the broader context of energy policy development. Later in the week, BEIS announced that it would amend the incentive structure for the Capacity Market – the main government mechanism for ensuring security of supply. The changes reflect that storage assets normally deliver power for around 30 minutes to an hour, whereas traditional fossil fuel plant can run for longer periods and therefore maintain security of supply during an extended period of system stress. Addressing perceived distortions in the energy market is important, but this must be counterbalanced by the desire to support the growth of storage. When paired with the recent changes such as TRIAD, a form of time-of-use and peak pricing for commercial power users, and the uncertainty over transmission system operator National Grid’s future products suite, you get the impression that storage developers are staring into an uncertain future.

There are potential remedies to this challenging outlook. Developers must engage closely with National Grid’s forthcoming systems needs consultation to ensure the new frequency response product is battery-friendly. Similarly, the industry must lobby central government with purpose, exposing inconsistencies between rhetoric and action, and ensuring that storage remains a ministerial – and political – priority. The cost savings delivered by smart technologies should be placed at the centre, given that green policies are being cited by Britain's main utilities, the Big Six, to justify recent price hikes.

Michael Faraday, the eponymous inspiration behind the storage programme, famously turned down Queen Victoria’s offer of a knighthood and burial within Westminster Abbey. Faraday’s quiet and humble approach to his scientific endeavours should offer an example for the regulator and government to follow – where the realities of the evolving storage market must match up with the ambition.

July 28, 2022
Another edition of our news in brief from the energy storage industry focusing on the bustling UK market.

July 25, 2022
The state government of the Australian Capital Territory (ACT) will pledge funding towards a BESS rollout.